Back in the day….a day in the late 1980s, actually, we lived in a dream house. My ex knew a guy who knew a guy, and at that time THAT guy owned a house in the middle of a ten-acre grove south of Homestead, Florida, nearly to the Florida Keys.

pool, and the grove had just about any tropical fruit you’d like to eat– mango, giant avocados, calamondin, tamarind, bananas, mamey, black sapote, lychees, a bunch more I never tried. It was a once in a lifetime opportunity.

Of course, as long time followers of the blog know, this opportunity didn’t come without its down side. For one, it was just half a mile from the worst neighborhood in the lower end of Dade County. (see Shootout at the Mango Corral, above)

Also, it was in the middle of a fruit grove, so we had rats, and spiders, and even one night, a scorpion that nearly stabbed me when I was nursing the child.

But there were good times. Some of the best I remember were Sunday mornings, when the Miami Herald would come, we’d make a big pot of tea and take it out to the “veranda,” as we called our brick deck by the pool, and

turn on Love94 Miami, which played Jazz in the A.M.

Full disclosure, ours was not nearly as fancy as this one, borrowed from Orlando Paver Pro, but with my feet up, reading the paper with jazz playing and the kids splashing happily in the pool, they were some of my best hours of the week.

It’s rare in this day and age to find a place that makes one feel content just being there, giving one an escape from all the other noise in the world. I know when I return to these mountains I now call home, I feel it, too.  What places make you feel like you are safe and content? Please share in the comments, with photos!

For many years, this blog told stories of our adventures with autism, something that was completely new for me when my children were diagnosed, all three of them. We did the therapies, we made the concessions, we shared the stories and learned from all of yours.

During that time, I wrote a manuscript that starred a teenager with autism. She becomes part of a young adult fantasy tale, a quest to save the universes from dying. I based her on vignettes from my own children, the odd way her language comes sometimes, the black and white thinking that makes things like idioms a challenge–or unintentionally humorous.

After some attempts to get it published, I shelved it, thinking maybe the world wasn’t ready for this. But with the success of THE GOOD DOCTOR, and some other indications that autism awareness is becoming more mainstream, I tried again. 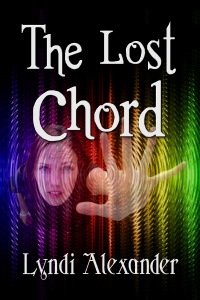 I am proud to announce that THE LOST CHORD is being published by Dragonfly Publishing this spring. Not only is there a great story told, but the other teens in the story learn about autism, and the value of Bee’s thinking outside the box. Here’s an excerpt:

Miss Fry appeared puzzled. “Yes, Bee just came to get that. She said she couldn’t take the whole project, but she needed that rock.” She shrugged. “It’s hard to tell with her sometimes. But she’s come a long way.”

“I—I don’t know a lot about autism, Miss Fry. Is she gonna be okay sometime? I mean, will she get better? You know, be like everyone else?”

“Will she ever be like you, or me? Probably not. There’s an ongoing debate among the Powers that Be and parents about ‘curing’ those with autism by various means, but it seems to me that would be doing those individuals a disservice.”

“You mean they want to be—broken?”

“They aren’t broken, Cory. They have many unique characteristics and gifts that might be changed forever if they were made to be ‘like everyone else.’ But certainly we can help them communicate better, succeed in their own way. Like this.”

She tapped the poster board with a smile. “As an independent student, Bee can accomplish a small focused project with excellence, whereas in a class of thirty students, she gets lost and can’t be heard.”

I’m very excited at the chance to teach people about the wonders of our kids. One thing that would help would be reviews by people with knowledge of the subject. I can get you review e-copies in advance of our May launch, if you’re willing to read and share your opinion of the book. If you like it, I’d be glad to guest post on your blog as well, to spread the word.

You can also like our Facebook page and register at our blog to get more information as we get closer. Endorsements would be great to add to our page as well! Fans of the book will be invited to join a special club called the Chordians, where they will get special prizes and more content.

If you can help me out, and are interested in any of these options, please contact me at lyndialexander at gmail dot com, or leave a message in the comments on this post. I hope you’ll join me in the next step of this grand adventure!

I’ve been meaning to visit here. I swear I have. It’s been weeks and weeks. But not because I had nothing going on. Not because I have no thoughts at all. To the contrary, I’ve been busting out of my seams in most aspects of my life.

I’ve had two novels already published this year, with CONVICTION OF THE HEART debuting in June, SECOND CHANCES coming in July and LOVE ME, KISS ME, KILL ME and THAT GIRL’S THE ONE I LOVE both in September. Plus I’m writing away on two novels already contracted for next year, and waiting on the results of three more I’ve submitted.

The publishing, of course, is the easy part–now comes the marketing and social media. Fortunately, I’ve hooked up with a number of other authors and we’re jointly navigating these waters. Many hands make not light work, but a wider reach, certainly, so I’m hoping that these books find their audience.  For those who are curious, you can find the urban fantasy/sci-fi and horror books under Lyndi Alexander–see http://lyndialexander.wordpress.com for the most recent excerpts and updates. The romantic suspense, romance and women’s fiction will be under the name Alana Lorens, and you can find all the news for those, including a two month blog tour blitz this summer at http://alanalorens.com.

In addition to this, of course has been the law job, and the ongoing adventure that is our special needs roller coaster. Dr. Doo-Be-Do was diagnosed on the spectrum this spring, after a string of inexplicable bad

behaviors and plummeting grades and social interventions at school, so he’ll be attending a special summer camp this year. The Captain continues in therapeutic foster care, unwilling to engage with the counselor or with us to even begin to work on the issues that got him placed and have to be remedied before we’re willing to have him return.

Little Miss is a bright star in our sky, academically improving bit by bit, enjoying the music and culture of her proper age group, fixing her hair like the other girls and setting her behavior based on what she observes in others. So there, doctor who said she’d never get any better than institutional level! She’ll be traveling with me this summer on a booksigning tour and research trip to Montana to learn about the Montana  Vortex and visit the big woods.

(that’s her on the right, performing with her peers in the May choral concert–they sang Lean on Me, one of her favs from Glee. She was so excited!)

But I keep dreaming about driving in the car and suddenly finding myself in the back seat or the passenger seat, the car heading out of control. Last night it was even a dream with my new grandbaby in the front seat, not even buckled in, and me trying to use the clutch from the back seat.  Sounds like I’m feeling like things are not under my direct command–that I’m not “in the driver’s seat.” Or maybe that’s just my interpretation.

Any dream analysis folk out there have two cents they’d like to pitch in??

Does this shoe fit?  Come find out February 10, 2011 at I Love Your Shoes, 900 Water Street, Meadville, PA.  Everyone whose foot fits will be entered into a drawing for an autographed copy of The Elf Queen, an urban fantasy novel  and a Clan Elves of the Bitterroot coffee mug filled with beverage delights!

From 12 to 1, meet Meadville attorney and author Barbara Mountjoy , who will be signing copies of her 2010 book THE ELF QUEEN, an urban fantasy that uses the Cinderella motif—get it before the sequel, THE ELF CHILD, debuts this spring!

ILYS will feature specials that day from 10 to 6 for you and your Valentine, with samples and prizes  from Magenta’s Tanning, 3 Gals Gourmet Shoppe, and more! Don’t miss your chance to win!  (Handsome Prince not included—sorry!)

I Love Your Shoes specializes in fabulous, affordable name-brand women’s shoes and purses, like Keds, Clarks, Easy Street, Rocket Dog, and Bella Vita. Stylish and practical purses, wallets and belts are also available. Don’t go out of town—come see what we have! For more information, contact Pam Micosky at 814-807-1407.

See ILYS and the Clan Elves of the Bitterroot book series on Facebook! 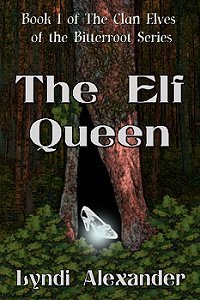 The Clan Elves of the Bitterroot, that is. Available for the enjoyment of the reading public, in ebook, paperback and hardback.

Come by their new home on the Web at http://www.clanelvesofthebitterroot.com and find out where all the latest book signings, etc. are going to take place. Suggest a place for a book signing, if you’d like to meet Lyndi Alexander–um, me– in person. 🙂

Book two is well into existence, and the political intrigue and schemes in the Montana mountains just don’t stop. Clearly elves have associated with humans for much too long, if they’ve picked up all our bad habits. Or is it the other way around?